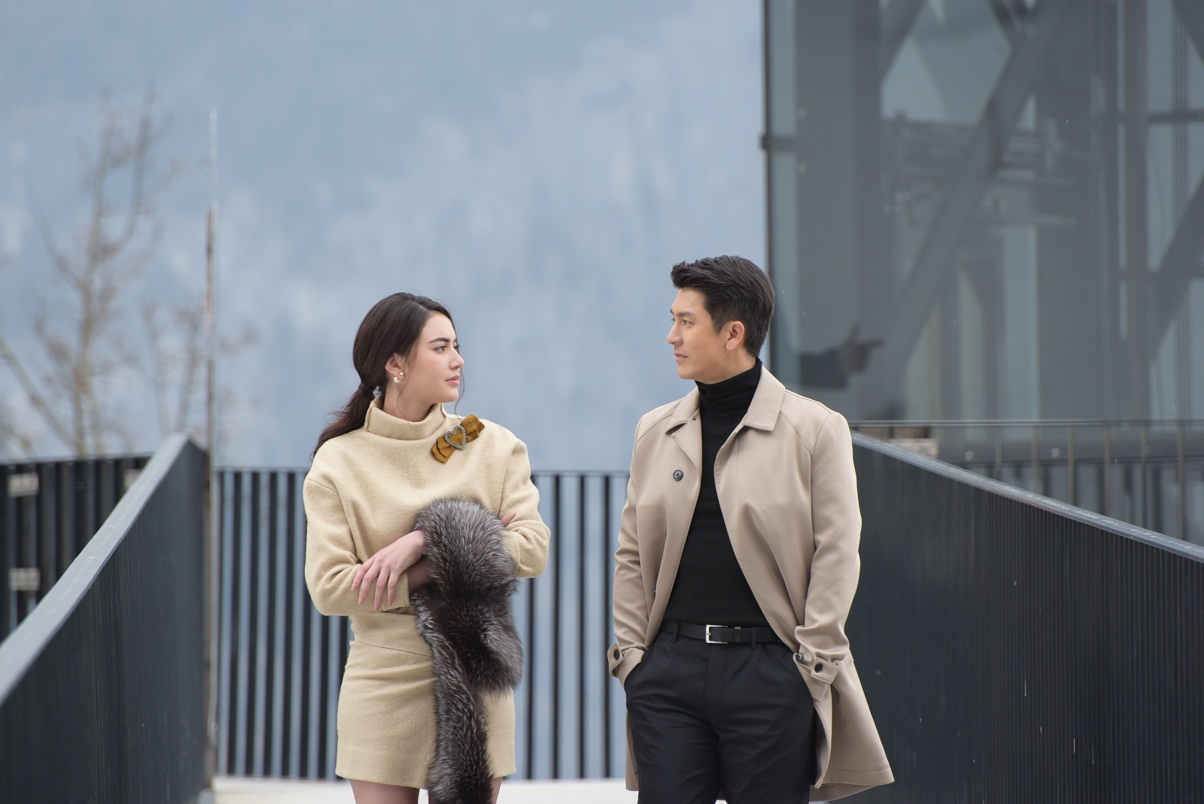 Regional content management and distribution company JKN Global Public Company Limited is happy to announce it has concluded a three-title deal with Cignal TV in the Philippines.  Cignal TV, through its sister company TV5, one of the major FTA broadcasters in the Philippines, will premiere “Furious Fire,” starring Tik Jesdaporn and Mai Davika produced by BEC World’s Thailand on July 20, 2020.  “Furious Fire” is a love story with the backdrop of revenge and seeking justice.  The balance titles are “The Loyal Wife” and “Angel Heart.”

“The Philippines continues to be an important market for JKN.  It was the first market we exported Thai dramas (Lakorn) with resounding success, so it is a great honor to bring more Thai Dramas to the Philippines with TV5,” says Anne Jakrajutatip, CEO of JKN Global Media PLC. “It continues to reflect the high standards of Thai productions and how Thai producers have evolved its storytelling to appeal to the Filipinos alike.  I am confident the audience will enjoy these mega-hit dramas that have been selected by TV5, and its success will earmark the demand for more top-class Thai contents in many more markets in Asia and beyond,” she adds.

“Filipino viewers have always been receptive to Asian content.  We have seen how successful Chinovelas were in the early 2000’s and how viewers continue to embrace the KDramas.  There is a wealth of content coming from Asia and we at Cignal TV, want to be able to bring these to our Filipino viewers.   That is why we are very excited about our partnership with JKN Global Media. Aside from bringing these Thai Drama titles to the Philippines and airing them on TV5, this partnership enables us to provide high-quality content that resonate well with Filipinos, bringing the world closer to our viewers,” says Robert P. Galang, President & CEO, Cignal TV and TV5.

“I am pleased to see how Thai dramas have been making headway in the Philippines through our partnership with JKN in bringing the best of Thai dramas to the Philippines and beyond.  I am confident with TV5, we will be able to capture more fans who will enjoy our productions and talents in a wide variety of dramas and romantic comedies,” says Surin Krittayaphongphun, President of TV Business, BEC Multimedia Co., Ltd.

Sets in beautiful Europe, Furious Fire, is a love story with the backdrop of revenge and seeking justice. Her obsession to seek revenge brings Princess Pririsa of Trigis back to Thailand. She hopes to avenge the people who used to be cruel to both her mother and her. In her quest, she came across Theephop, a young and charismatic police officer. He senses the mystery surrounding Princess Pririsa and tries to uncover her true identity and mission. Will she avenge her past or let go of her hatred to find the love that waits for her?

“Padiwaradda” means a faithful and loyal wife. To show gratitude to her adoptive father, Rinrapee, or Rin, agrees to disguise herself as his real daughter and marry Saran to keep the promise their fathers made in the past. Saran is a cold-hearted Deputy District Chief who was heartbroken when his lover left him and asks to be relocated to a dangerous province in the South. Knowing that Rin’s family has deceived him, he decides to go along with the arrangement to find out who she really is. The more time they spend together, he sees her kindness, not to mention her beauty. Love blossoms slowly, but soon their love is tested when Duangsawad, his ex-lover, returns to him. Feeling guilty about her own secret, Rin has to win Saran’s acceptance as his “padiwaradda”.

From the producer of Repercussion and Nakee, Pongpat Wachirabunjong’s Angel Heart was channel 3’s primetime mega hit during its broadcast. It’s the story of an attractive young woman called Lamyong who charm and attract all men. She comes from a destitute family and lives in the slum. At her first chance, she marries a young naval officer named San to get away from her surroundings. Not long after, they have a baby son named Wanchalerm (Anniversary of the King’s birthday). With her husband away in the navy, Lamyong spends her time beautifying herself and flirting with the locals. She does not care for her son and is lazy, doing housework. Her marriage did not last, but there’s always another man that would want to marry her. Despite his poor upbringing and neglect, little Wanchalern survived his childhood and took care of his step-siblings because his mother could not do it. He seeks refuge in a monastery, and it helped him grow to be a good young man (Adult Wanchalern is played by James Jirayu).

Cignal TV was launched in 2009 and is currently the country’s premier DTH satellite provider. It’s also the largest Pay TV operator in the Philippines. It transmits 118 channels including free-to-air, SD and HD channels to household and commercial venues nationwide. It also offers a mix of 17 audio channels and ond on-demand service through pay-per-view channels and content add-ons. Cignal is owned by Cignal TV, a subsidiary of MediaQuest Holdings, the media partner of PLDT Group.

TV5 is an FTA general entertainment channel, offering multi-genre local and international content, including talk, reality, drama, movies, news and sports. TV5 offers multi-screen viewing via its online platforms tv5.com.ph and news5.com.ph.  TV5 is the flagship channel of TV5 Network, Inc., which is a subsidiary of MediaQuest Holdings, the media partner of the PLDT Group. 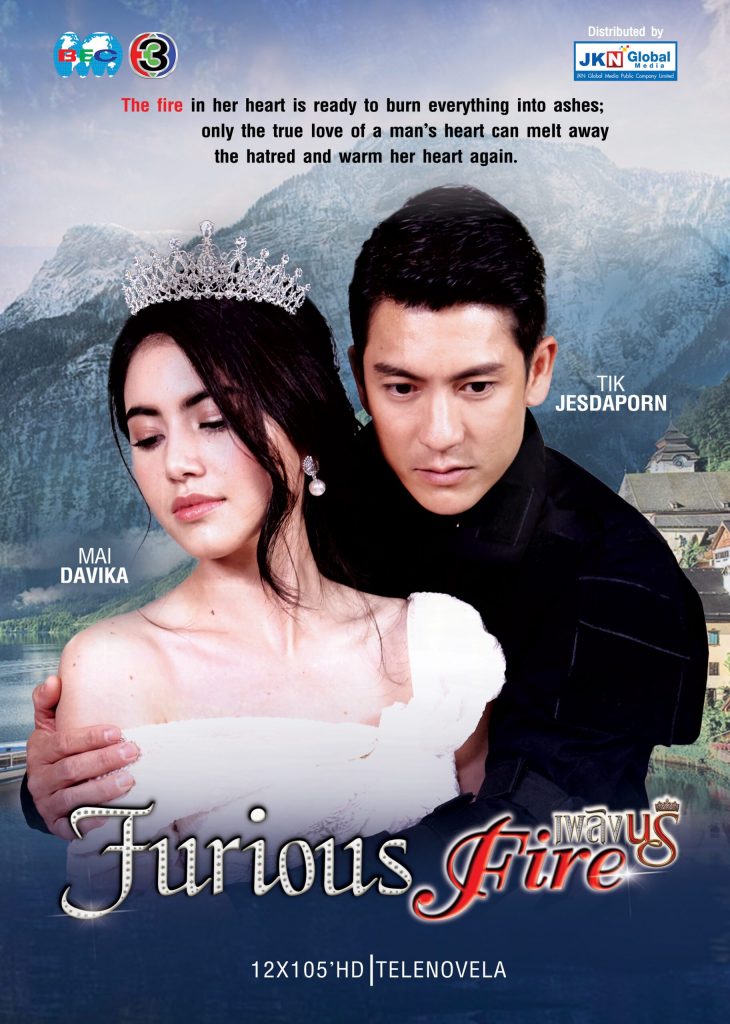